Our first wine in the history of the farm, Preludio, was born in Collio, land of some of the best white wines in the world, where the good winds of Adriatic Sea and of Julian Pre-Alps. Preludio is the result of the combination of a soil rich of minerals, made of friable marls and blocks of sandstone dating to million years ago, old indigenous vines and the best Italian enologist of the year.

Preludio was put on the market after 8 months of ageing in concrete with frequent batonnage and 2 months of bottle aging. It is a White Collio Doc Collio of 70% Tocai Friulano and of 30% Istrian Malvasia. 4.500 bottles were made.

Our vines (the ones from which the wine was made) are located in Collio, at Novali in the DOC area of Cormons, at an altitude of 80 metres above sea level, facing south-east. The type of soil is “ponca”, and the system of training and pruning of the vine is Guyot. The vines are 25 years old, with a density of 4000 vines per hectare and the yield of 50hl per hectare. The harvest took place on the 14th and 16th of September 2019 with manual harvesting in 20 kg crates.

The process of vinification began with a soft pressing followed by a static clarification in stainless steel tanks. The fermentation happened in concrete at a controlled temperature of 16 degrees for 20 days, without malolactic. The sulfur is maintained at very low levels, following the discipline of biological wine. The wine has the alcoholic degree of 13,60%, the total acidity of 5,60 g/l, the level of sugar residue at 1.50 g/l, the volatile acidity of 0.27 g/l and the pH is 3.40.

The wine presents itself as clear, bright yellow color with nuances of green.

The nose is particularly intense and significant. You can sense tropical scents and the perfume is slightly herbaceous, you can mainly sense the scent of cut hay and white fruit.
On the palate, the wine is dry characterized by a balance that makes the wine enjoyable from the first sip. The acidity is present but not excessively, and gives the wine freshness which, combined with the complexity and the structure of the wine, accentuates its characteristics. 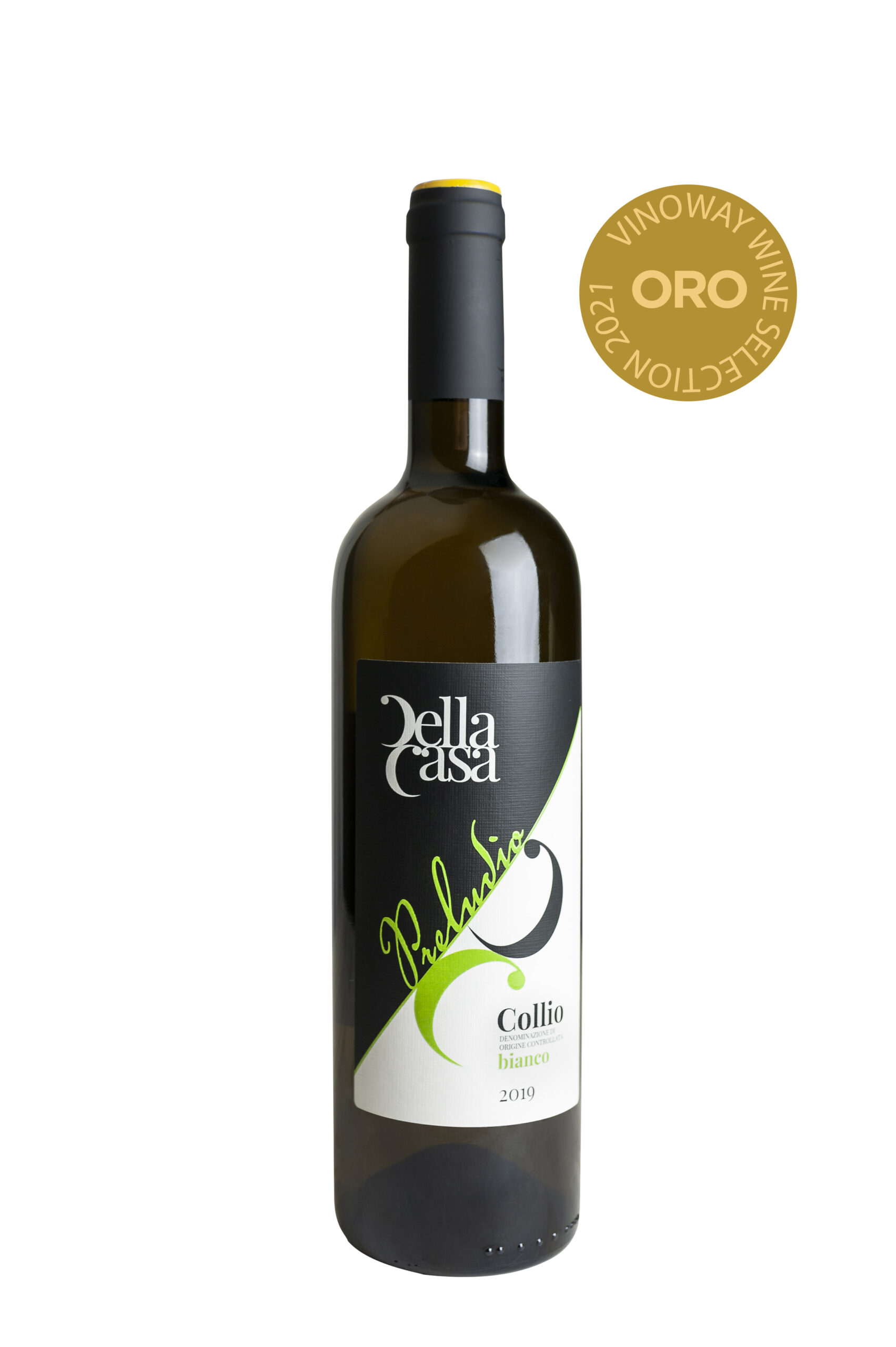 Preludio has to be served at a temperature between 12° and 14°. It goes very well with appetizers and first fish courses, in particular with oily fish such as salmon, eel and grouper, other than with pasta and risotto vegetable-based. It goes excellently with white meat and with aged cheese. It is principally a table wine but the chef also offers it as an aperitif with raw fish, shrimp, scampi and oyster as an alternative to bubbles.

It reaches its peak listening to chamber and classical music of German Romanticism and particularly the Mendelssohn violin and orchestra concerto, the three violin and piano Brahms Sonatas, and the Lohengrin Prelude by Wagner.

Come visit us to taste it in the place where it was created!

This site uses cookies to improve your browsing experience. Of these cookies, those that are categorized as necessary are stored on your browser since they are essential for the basic functioning of the site. We also use third-party cookies that help us analyze and understand how you use the site. These cookies will be stored in your browser only with your consent. You also have the option to decline these cookies. Refusing these cookies could have an effect on your browsing experience.
Necessary Sempre abilitato
Necessary cookies are essential for the site to function properly. This category only includes cookies that ensure the basic functionality and security features of the site. These cookies do not store any personal information.
Non-necessary
Any cookie that is not particularly useful for the operation of the site and that is used specifically to collect the user's personal data through statistics, ads and other embedded contents, are considered as non-necessary cookies. It is mandatory to obtain the user's consent before activating these cookies on your site.
ACCETTA E SALVA